Tata Motors launched the T1 PRIMA TRUCK RACING CHAMPIONSHIP on 22nd January 2014, in Delhi to bring truck racing to India for the first time. Since then the championship has attained new heights of success and popularity. In 2016, Indian truck drivers were introduced in the race for the first time ever along with the International truck drivers.
The website showcased the essence of the event along with social media integration and was easily navigable on mobile devices. Live voting was also integrated where users could vote for their favourite truck driver.
Project
Responsive, Mobile Friendly Website, Social and Online Media.
Service
Creative website design and development, SEO, Social and Online Media Marketing
View Project 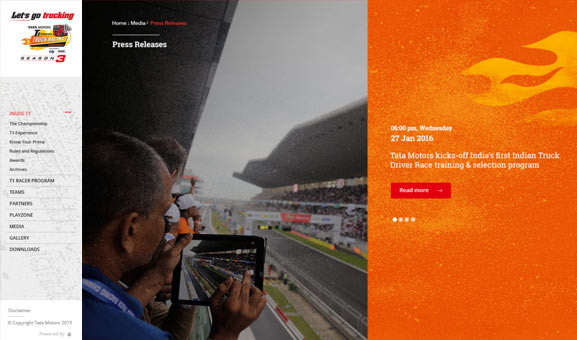 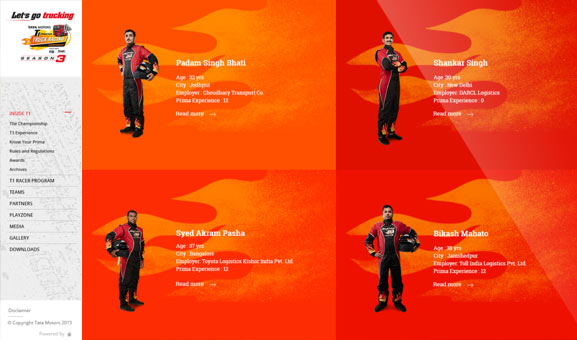 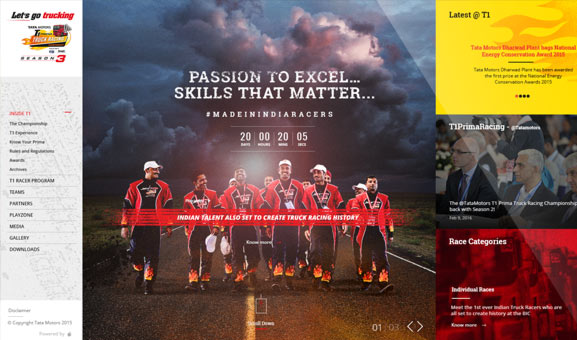 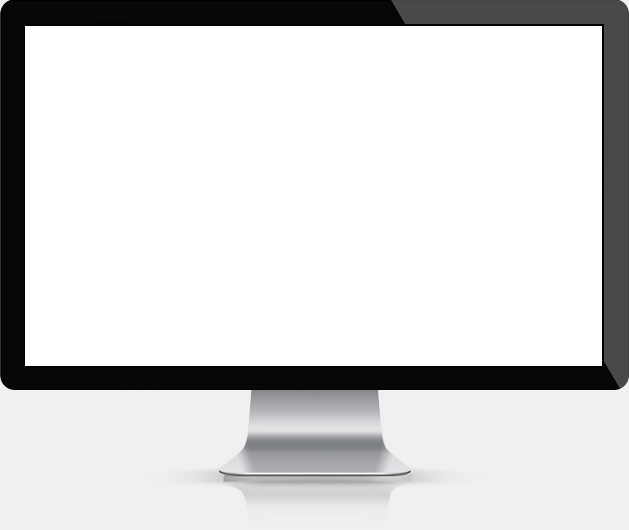 The Championship section gives a clear overview on the Championship from its origin to details about big names associated with the event through parallax scroll. The Know Your Prima section gave a clear 360 degree view of the Prima Truck Model along with its technical specifications. The section also showcases the Awards won for the event since its origin along with an Archive section.

The section gives an insight into the T1 Racer program aimed at identifying good trucking talent. Clear demarcations of the levels of training till the final race is showcased here. Season 3 Racers section introduces us to each of the finalist first time ever, Indian truck drivers. An online voting feature - "Predict the Winner" was also integrated which allowed users to Vote for their favourite Indian truck driver.
The Heroes of the Highway section was completely conceptualized and developed by us to keep users glued on to the website. The section gave a deep insight into some of the most famous challenging trucking routes in India and abroad which truck drivers have to cover in order to deliver their cargo. The Heroes of the Highway section of the website was expanded into a coffee table book.

The teams section comprised of detailing about each of the participating sponsor teams and the International drivers representing them. Here too the online Voting Process was integrated.

An event specific GAMES section has been integrated on the website with engaging games like the T1 Truck Racing Game, Park My Prima and Prima Puzzle - jigsaw puzzles. The games are also downloadable on App Store and Google Play. Players had the opportunity to win 500 passes by playing the Park My Prima and the Prima Puzzle Games.

An online quiz was added to as means for enthusiasts to win passes online on the website. The quiz was the most popular, resulting in about 1,500 passes.

The website has a comprehensive Media section and an extensive Gallery of images from the Past event as well as the present, exhibiting under each of the Seasons of the racing championship. The thumb style gallery design gives an overview of all the images and videos at a glance before the user can click to expand and go through each.

On the Race Day 20th, March 2016, the T1 Prima Truck Racing Championship was available LIVE on the website through webcasting, giving viewers across the country and worldwide to witness the event from the comforts of their home.
A countdown clock giving a countdown to Race Day, was also incorporated on the home page.

In addition to the website Social Media played a vital role in generating hype and popularizing the T1 Prima Truck Racing Championship as an event. Social Media was used to actively engage with followers.

The Social media channels integrated into the website were: 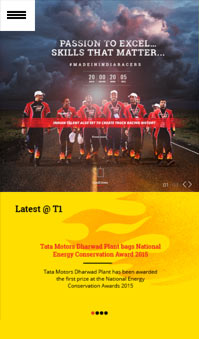 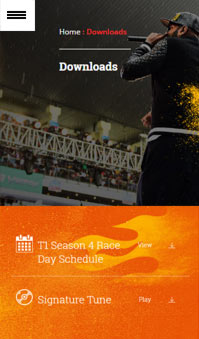 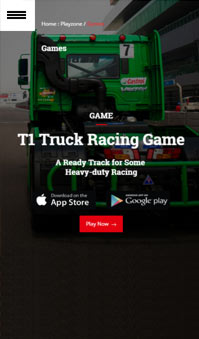 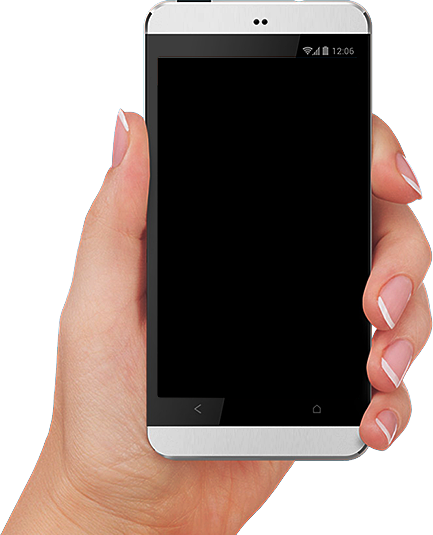 The user friendly mobile version of T1 Prima Truck Racing website enabled users to scroll freely through the parallax scroll design, participate in the interactive activities like playing games and voting for your favourite truck drivers with a tap.