Here ideas meet technology to design communication that engages the audience and drives a brand.

Innovation is part of our DNA. Which is why we believe and encourage out-of-the box approaches to every thought process we develop and implement.

We do not believe in setting limits to creativity. We believe the best artistic ideas are those that come out of your wildest imagination.

Communication is a skill and we have mastered the art. We help our clients and partners to connect effectively, influence, and involve their target audience.

We are Allindia Technologies Ltd. - An independent communications agency, amongst the foremost in the digital domain. We provide technology enabled communication solutions that help clients reach their target audience with the most appropriate visuals and messages. With offices in Kolkata and Mumbai in India, California and New Jersey in the United States of America (USA) and The United Kingdom (UK), we have built enduring partnerships with top Corporates and Brands, working as their preferred media strategy consultants. 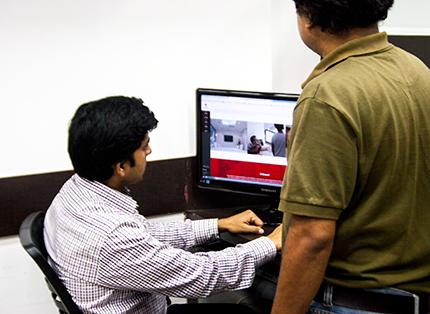 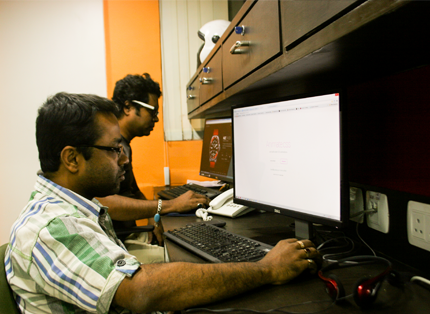 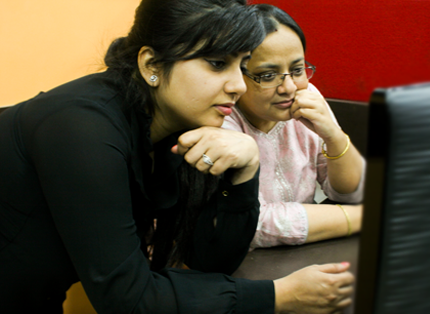 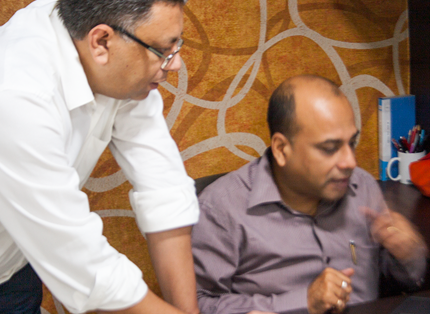 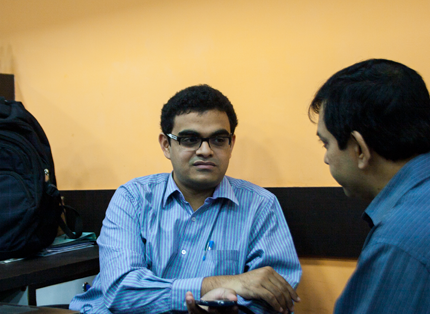 Team Allindia is a motley crew of thinkers, artists, developers, and programmers where people with diverse talent and more diverse personalities share some surprisingly strong bonds. At Allindia, we have continuously explored the potential of breakthrough ideas to inform, involve and sustain engagement. Here teams from diverse functions work together to harness key influences to strategise, create and implement end-to-end service offerings that are effective across different platforms. They bring perspectives together to transform challenges of a dynamic medium into opportunities for creating a new impact. In time, these have become our success stories in redefining brand experience to add value across different communication channels.

As Chairman of the Board, Prof. Dutta takes an active interest in the company's Business & Organisational Development, guiding strategic decision making and capacity building endeavours. Prof. Dutta has worked for more than 40 years in Multinational Corporations, Indian Business Houses and Public Section Enterprises. He is one of the few eminent academics in the country who has served the academia and industry with exemplary distinction. He has led the Indian Institute for Social Welfare & Business Management, been the Founder Director of the Indian Institute of Management (IIM) in Shillong, and was the first Dean of the Business School at IIT Kharagpur. Prof. Dutta has also offered consultancy to major Private Sector Companies, Public Sector Organisations, NGOs and Government both in India and in the US and has served in a number of committees formed by the Government.

Hemant joined the Allindia Technologies' Board of Directors on 1st April 2001. He focuses on providing strategic support to help manage the financial interests of the company and ensures that it stays ahead of competition even in the long run. Hemant is based out of Singapore, where he is co-promoter and Managing Director of Kawamin Pacific Pte. Ltd. - an international Indian-Japanese Trading & Investment firm. He heads its capital allocation and Investment portfolio functions.

Rachna is associated with Allindia Technologies Limited since April 2000 as a strategic shareholder of the company and has subsequently joined the board of directors on 8th February 2002 as a Non-Executive Director. She is also the co-promoter and Joint Managing Director of Kawamin Pacific Pte. Ltd - an international Trading & investment firm. She commenced her working career in 1991 in London, UK, before moving to Singapore.

The Managing Director and CEO, Abhijan is responsible for the strategic direction and overall leadership of the company. Having joined in 1998, he has been integral to the company's different phases of growth. A natural leader, he directed the team to strengthen Allindia as one of India's premier communications consulting and services agency, leading digital evolution from the front. With roots in business strategy, Abhijan also oversees the brand image of 'Allindia', lending critical insights on its positioning in market and industry. He spearheads relationship with key clients and partners.

From our early days when we invested in several portals that were market leaders of their time, to the present day when we are exploring new avenues to serve customers across the globe, Allindia Technologies has carried forward the legacy of its birth as an initiative of IIT Kharagpur by always being on the lookout for new opportunities for investment.

In a world that is becoming rapidly more interconnected, marketers and mainstream creative agencies alike are hiring digital experts so that their creative product is 'mobile first'. At AIT, we choose to tread a different path: with a strong background in the digital domain and our experience of serving diverse clientele, we enhanced our portfolio to a 360° service bouquet. Head over to brandlinks.in to know more.

Our International Business division delivers work for clients across the globe with dedicated teams set up to sync with time zones from Australia to the American west coast. Our representatives in Australia, the UK and the US service clients in JAPAC, EMEA and the Americas respectively.

We started our journey as a joint effort of Vedika Software Pvt. Ltd. and the Indian Institute of Technology, Kharagpur. Back then, we were known as India Internet Pvt. Ltd.

Batchmates.com, was formed as a global cyber alumni portal that reunited friends across the globe. It is the largest alumni site in India and one of the oldest community portals.

The beginning of an enduring partnership with ITC Ltd. We also acquired major client accounts like ESAB India, Modi Telstra and Jenson & Nicholson.

The first corporate website of the Ambuja Neotia Group - www.bengalambuja.com was also launched.

Popular IT magazine PC World included both www.allindia.com and www.batchmates.com in its list of best websites in India. The icing on the cake was Tata Steel's corporate website receiving the 'Best Steel Industry Website' from World Steel Association.

The year also marked our first phase of team expansion.

We were re-christened as Allindia.com Ltd. The year is marked with memories of pride as Batchmates.com received both Judges Choice and Popular Choice Awards in the Special interest and Hobbies category at the CHIP-Dishnet DSL Web Awards.

We also designed and launched Baidyanath's ayurveda portal - allAyurveda.com with unique features like online consultation and the chat room. It has won 29 international awards.

Allindia.com entered into a strategic alliance with SafeScrypt to provide digital authentication services of Verisign Inc. in eastern India. This was an endorsement of our capabilities to provide comprehensive solutions for the digital medium.

The first corporate website of ITC Ltd - www.itcportal.com was launched.

We arrived in our current avatar as Allindia Technologies Ltd. We also upgraded our hosting services to better infrastructure bases in the US.

Tata Metaliks chose us to develop, host, maintain and optimize their website.

Responding to client demands, we set up our first Mumbai office. We gained AON Global and Tata Steel's Global Wire Business as clients subsequently that year.

Work started for developing the website for The Tinplate Company of India (Tata Tinplate). Eveready India chose us as their digital agency, starting a journey that continues to date.

One of the best known tea companies in the world - McLeod Russel - chose us as their digital partner. We acquired the Exide Industries account with the revamp of their corporate website.

We became the preferred digital services partner to Tata Motors. Today, most of the group's digital assets comprise a prestigious share in our services portfolio. We also embarked on extensive strength consolidation with full-fledged creative and technical functions.

We started working for the oldest power utility company in India - Tata Power. We started with a project to modernize their website.

Tata Steel celebrated its centenary with a unique archival Centenary microsite created by us, including digital films, greeting cards, guestbook, archival material and much more. We also conducted webcasts of the centenary celebrations.

We partnered with IIM Shillong to launch its official institute website.

ITC Ltd. completed a hundred glorious years. We are proud to be involved in the centenary celebrations of ITC with the launch of their Centenary website.

We started working for the Indian pioneers of DI pipe technology - Electrosteel. We set up a dedicated team of developers for launching and maintaining a mobile recharge application for CCAvenue.

Both iOS and Android Apps for 'Just Recharge It' were launched.

The year also marked our foray into the entertainment industry with the launch of Red Chillies' new website and the much acclaimed movie site for the blockbuster 'Chennai Express'. We built the 'Chennai Express' brand online, and created a viral activity about the first ever digital release of a movie trailer.

We partnered with PRSI to host the largest edition of Engage Digital Summit in Kolkata, opening the floodgates to many more such events by various organisers.

We planned the re-launch of the iconic 'Give Me Red' campaign for Eveready India using digital media.

The year marked the beginning of our brand management business with two prestigious account wins. We started by developing corporate films for the Emami Group. Later in the year, we began working for the Tata Pipes and Tata Structura brands of the Tubes SBU of Tata Steel, a journey that took us to the position of becoming their brand agency on record.

We also launched the social media journey of Anandabazar Patrika, the largest Bengali Newspaper in the world.

The Exide Inside App was launched for Exide India, as a one-stop app to help Exide dealers and prospective customers to find the right battery for the right purpose.

GlaxoSmithKline - GSK India and Edelweiss appointed us to revamp their corporate websites. Mahanagar Gas limited (MGL) chose us as their web development and hosting agency.

We became the Amazon Web Services (AWS) partner in East India, with a national portfolio of clients. Largest Indian migration to cloud was undertaken for Tata Motors.

We embarked on a journey to establish Tata Motors, global web presence with country websites for its multiple locations and regions of operation. Over 40 websites were launched within a duration of less than a year. SEO work for all the websites was undertaken to ensure local search rankings.

We also launched the Exide Care Battery Registration Application, which pioneered the concept of paperless warranty on mobile for a vast majority of India's vehicle owners.

Additionally, we started working on a content management project for Abbot Healthcare - on their internal newsletter.

We started working for HDFC Ltd, one of India,s most valuable corporations, as their UI-UX partners for web and mobile apps.

Tata Steel BSL chose us as their digital partner.
Holiday Inn Resorts Kolkata started their social media journey with us.

We launched our International Business unit - a notable leap to expand our footprint and reach out to the global markets.

Festival Experentia was launched in the first half of the year, an initiative that aims to turn Indian festivals global with enhanced digital access. MahaUtsav Online, our first brainchild under Festival Experentia, brought some of the most popular Durga Pujas of Kolkata online.

Major brands like Emami and SRFTI (Satyajit Ray Film and Television Institute) entrusted us to strengthen their social media presence.

We set the ball rolling for Brand Links - a service brand for AIT's Advertising and Communication business.

Citroen chose Allindia Technologies as its Indian AWS partner, and trusted us with their infra set-up and management for DevOps hosting. 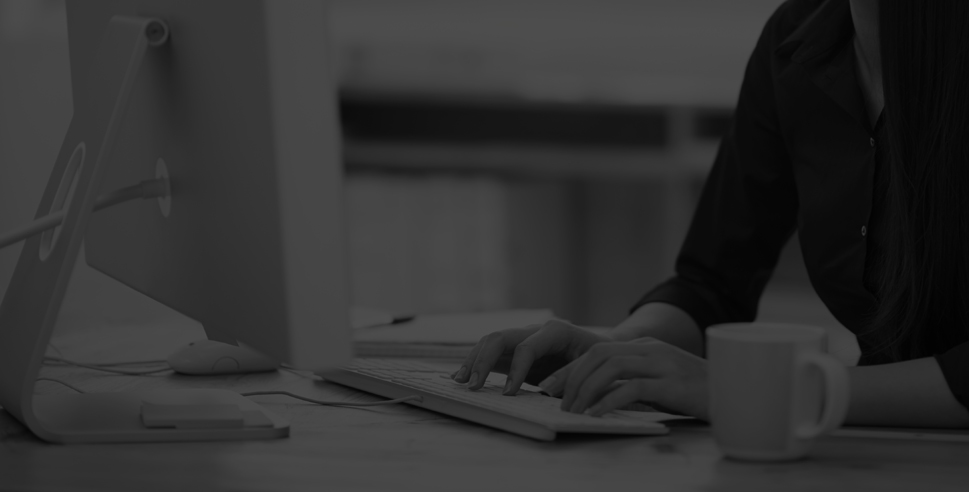